The interactive piece Kindergarten is exhibited during the EXIT festival, at the MAC Créteil until April 5th. The theme this year is "New Monsters".

The exhibition took also place 2 weeks before at the VIA festival, in Maubeuge.

It was fun, strange and challenging at the same time to show an "old" interactive piece. It took more time than I thought to find the appropriate set-up, especially because the computers and the OS and the softwares have changed radically. My thoughts then echoed the discussions about the archiving and preservation of multimedia pieces. But altogether, I felt happy and proud that this piece is still relevant and enjoyable.

With the time, I see it more now like a weird video game, where you play against the computer which is always trying to lose you and take you away from where you're trying to get to. Graphically, I love it very much, and the music by Philip Zoubek is beautiful. I'm also still having a lot of fun at hearing the ambient funfair sounds with the screams, and all the little details of the ghost train or other situations.

The making of the piece was collaborative and was done by Enrico Bravi, Ulf Harr, Raphaël Meyer and myself between 2000 and 2001 in Vienna. The inspiration came from the Prater fun fair.
Emmanuel Mehois helped to add a trackball trick for the 2009 set-up. 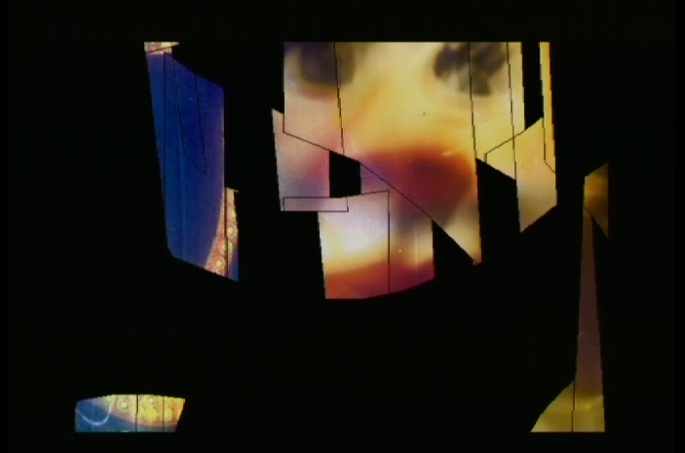 Posted by Joëlle at 7:02 PM No comments: