Last day, I was walking home and I was thinking about being 33 soon, and what to do for my birthday. And then my mind wandered around the number 33, as I remembered the George Harrison album called Thirty-Three and 1/3. That's probably as I made that connection that I understood what I wanted for my birthday: music in the forms of LPs. So, I sent an email to my friends asking them to send or bring with them an LP of a band or an artist that have been important in their lives. And during my birthday party, I would play a song from the album of their choices.
Today, I also noticed that Harrison released 33 and 1/3 in 1976, he was 33 then... I probably knew about that fact when I was 14 or something but then I was probably not very sensitive to it, until now.. like an LP, what comes around goes around.
My favorite song from this album is undoubtedly Crackerbox Palace. 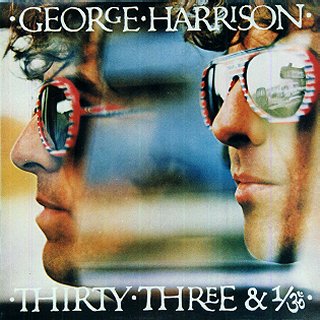