"The biggest twat in Manchester...

being played by the second biggest twat in Manchester” is what Peter Hook, New Order’s bassist, said, commenting on Steve Coogan’s casting as Tony Wilson in 24-hour Party People. Claire told me yesterday Wilson had died last summer - news travel very fast nowadays... It came up as we were wondering how it was possible the Happy Mondays survived from all the drug intake - they played this week at Festival des Inrocks in Paris. I remember when I saw them by chance like 15 or 16 years ago at a signing in the Champs-Elysée Virgin Megastore, I didn't have money to buy their records then but I had a George Harrison tape with me which all the band members signed, incredulous and amused at the object. Soon after, I got the "Pills, thrills and bellyaches" CD for free, as I called Barclay, the french label distributor, and told them I wanted to make a review for a school magazine we were editing in our high-school. Lisa, Cécile, Sophie L. and Sophie F. and I called the magazine "Fulbert" - we made 2 editions in total, wrote articles with hidden names and it had a little success of its own. Tony Wilson's death makes me think about the current music industry and how it is so far away from the way he dealt with his own label, Factory or the bands he helped (Joy Division, New Order, Happy Mondays) plus all the DJ's he put forward at the Hacienda, the club he opened as a way "to give back to the people". He was maybe a twat indeed, and a desastrous money manager but he made more things for the music than all the current label managers will ever dream to do, just out of passion and pleasure. If all the music industry is interested in at the moment is to find how to keep on cashing on all the rights that are being lost to downloading, then it's for sure going to die. But I'm not convinced it's a wrong thing after all. 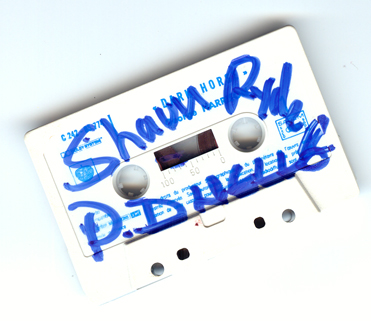 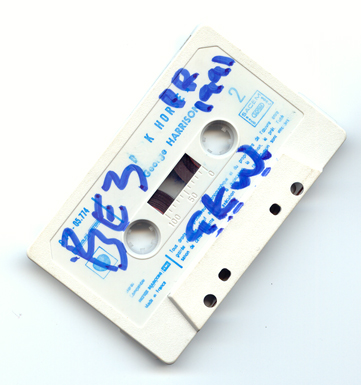