Sometimes I wish my life would be an independant movie shot in New-York in the nineties. It'd be maybe a light comedy.

The father better than the son

This evening, I was 15 again. And so was my friend Sophie. Imagine the two of us giggling like teenagers in the cinema theatre when a close up of a smiling Donald Sutherland on a giant screen overwhelms us with emotions.. This happened in the movie Klute which he leads with Jane Fonda. She's not too bad either. When I was actually 13 or 14, I wanted to copy the haircut she has in this movie that I hadn't seen then except for some pictures (my parents wouldn't let me...) The sexual tension between the two characters in this movie is absolutely delicious. In a wonderful scene, Fonda who plays a prostitute describes her feelings for this man without even noticing she's talking about love. The choice of the movie name - Klute - could seem slightly ackward because the plot centers on the character of Fonda but Klute's not her name. It's Sutherland's character's. Yet, it makes sense that the movie's named after him. He's the only way for us - audience - to reach to the story. His presence is pure and generous. But it's his raw sex-appeal that makes it all. When he moves, when he smiles, when his eyes don't let go of Fonda, we only see him, his lips, his beauty, marking us with the seal of His Sensuality. Who said that Klute was a scary psychological thriller? It reminds me that another favorite movie of mine stars Sutherland as well in a majestic role: Ordinary People. When I told Sophie, Sutherland did a Casanova (Fellini's actually), she was like: "we have to rent it and see it this week-end!!"... And as a preview, as we were waiting for the subway home, a guy - maybe in order to impress a girlfriend - started with a powerful voice to sing "Don Giovanni". 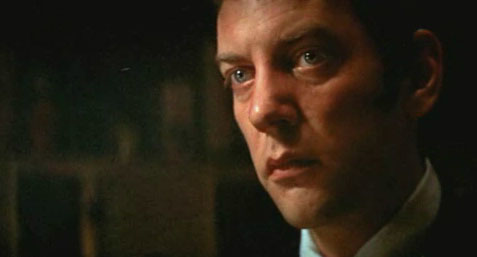 The importance of being sociable

"Show me the money", "You had me at hello": two lines that brought the movie "Jerry McGuire" a cult status. But after I saw the movie again recently in my hotel room in the Shetlands, I picked up on another killer line: "I'm incapable of small talk" (said by Bonnie Hunt to her sister in the plot, Renee Zellweger). The simple irony of this sentence uncovers a delicate truth of social handicap. Small talk is not only a way of life, it's a powerful tool which practice through hard work can provide incommensurable benefits if not pleasure. I thought for a long time that one had to be a natural at small talking or not be one at all forever. I was wrong. It's just another social practice. I forced myself these last weeks and I realised how easy it comes and how quickly the results are showing up. Yet, I also think that it's possible to bring shortly the conversation to "another level". It just requires to open up more, to be more trusting, patient and to let the flow go past the limits that you'd set for yourself. Which in my case were pretty narrow-narrow. It's actually the moment I prefer in a conversation. When I finally find the pleasure past the weather slash what-is-it-that-you're-doing-in-life introduction that usually bores me to death. When the flavour of intimacy starts to appear and transforms a stranger into a potential friend. It all comes back to the idea that you have to take risks in life, even at people if it was just to give them the chance to be the next best thing.